If You Can’t Explain it Simply
Discovering your product identity beyond formulas.

This article originally appeared on Medium and is being republished here for easier, free access.

There’s an identity crisis in the startup world. Startups have absolutely no idea what they do any more, or at least that’s how it seems. There are far too many startups using the “X forY” formula for describing themselves, causing an apparent lack of individuality in the industry. If you can’t describe yourself without name dropping other startups, do you really know what you’re selling? And if you don’t know, who does? And how is your customer supposed to know? It’s truly awful to think that the amazing startups out there, which represent such unique work by such amazing talent are selling themselves so short to their investors and most importantly, their customers.

If you can’t explain it simply, you don’t understand it well enough.

If you can’t describe what you do in a simple manner, you really don’t understand what you do. Understanding the “what” of what you do is easy. That’s where the “X for Y” formula comes in and is relatively effective. It’s the feature list, the market you’re in. But selling a product using the what is incredibly ineffective. If someone’s looking to buy your product, chances are they already have an idea of what you do. Determining and selling on the “why” and “how” are so much more effective. Standing for things, be it good design, simplicity, a particular experience or something else is what customers buy into.

The most successful companies in the world don’t sell the sum of their parts. They sell on the experience, the individuality. If BMW sold cars by advertising that they’re a car manufacturer first and foremost, would they sell many cars? Why would one buy a BMW over an Audi, or even a Chevy. They’re all car manufacturers, what separates them? Now, what if they sold cars on the premise they’re the “Rolex for Automobiles”? It’s more descriptive, but what separates a BMW from other luxury car manufacturers? Why would one buy a BMW over a cheaper Cadillac? The reason BMW sells so many cars is because they don’t sell cars. They sell the“experience” of their cars. Nest doesn't sell thermostats. They sell feelings. Apple doesn't sell computers, they sell an ideal. Facebook doesn't sell information on your friends, they feed our nosiness and curiosity.

If Facebook sold itself to initial users as a “Better Connected Myspace”, how far do you think they’d have gone? Sure, using another company to describe what you do is easy and effective at painting a quick sketch. But it doesn't go far, it doesn't motivate action or paint a portrait of your brand and the service you offer. It doesn't illustrate what makes you different. It doesn't answer the most important question in marketing. The “Why”. Why should people want your product? Why do you exist? And more importantly, why do you deserve my business?

When customers buy your product, they should be subscribing to something unique, original. They should be buying it from someone with passion for what they’re doing. If the best you can do is tell them “You’re the X for industry Y” you’re not trying hard enough. You don’t deserve their business, and in many cases, they won’t give it to you. Anyone can combine ideas, anyone can be an “X for Y”. To survive, you have to be something more. You have to sell an experience, you have to sell something unique. Not unique as in not having existed before or being an entirely new type of product, but a unique experience. BMW wasn’t the first car company. Even if you are the X forY, what does that make you? How are you really different from all the other Ys out there? What does that mean to your customers? If you can’t answer those questions, you’re either going in the wrong direction or haven't thought hard enough about it.

If you haven’t figured this out yet, and it’s okay if you haven’t, think hard about it. Determine what makes you unique, what takes you beyond the “X for Y” formula into something that truly deserves to exist and makes a lasting impression on customers. Make that your mantra. Your customers deserve it, and so do you.

PS: An easy way to measure this is by how many people hate you. If you’re not making anyone mad, you’re probably not standing for anything. Look at the brands mentioned and think of the number of people who absolutely despise BMW, Apple and Facebook. Whether you like them or not, they’re successful because they represent something greater than the sum of their parts.

If you liked this you can also follow me on Twitter, check out my GitHub, and take a look at my other blog posts. 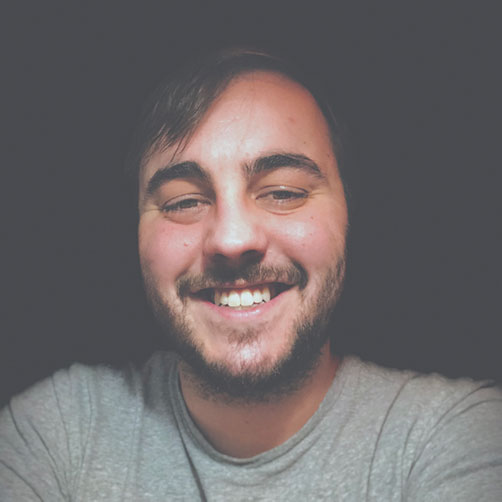 Hey, I'm Conner, and I'm a Software Developer turned Engineering Leader based in Toronto. I fell in love with coding as a child, teaching myself how to use the power of code to solve problems and bring my ideas to reality. It's been an important part of my life ever since.

Be the first to know when I write new content.